Home » About Us » Parish Administration His Eminence, Metropolitan Gregory of Nyssa, is the spiritual leader of the American Carpatho-Russian Orthodox Diocese, which maintains offices at 312 Garfield Street, Johnstown, Pennsylvania,  15906.

His Eminence, Metropolitan Gregory was consecrated as Bishop and enthroned as the Ruling Hierarch of the American Carpatho-Russian Orthodox Diocese of the USA on November 27, 2012.  In 2018 he was elevated from Bishop to Metropolitan.

Under His Eminence's care is our Diocesan Christ the Saviour Seminary, also in Johnstown, Pennsylvania, which trains future priests and deacons of our Diocese.  In addition, the Diocese maintains Camp Nazareth Youth and Retreat Center in Mercer, Pennsylvania.

Metropolitan Gregory also serves as Episcopal Liaison to the Orthodox Christian Fellowship and Chairman of Committee for Agencies and Endorsed Organizations of the Assembly of Canonical Orthodox Bishops of the United States of America. 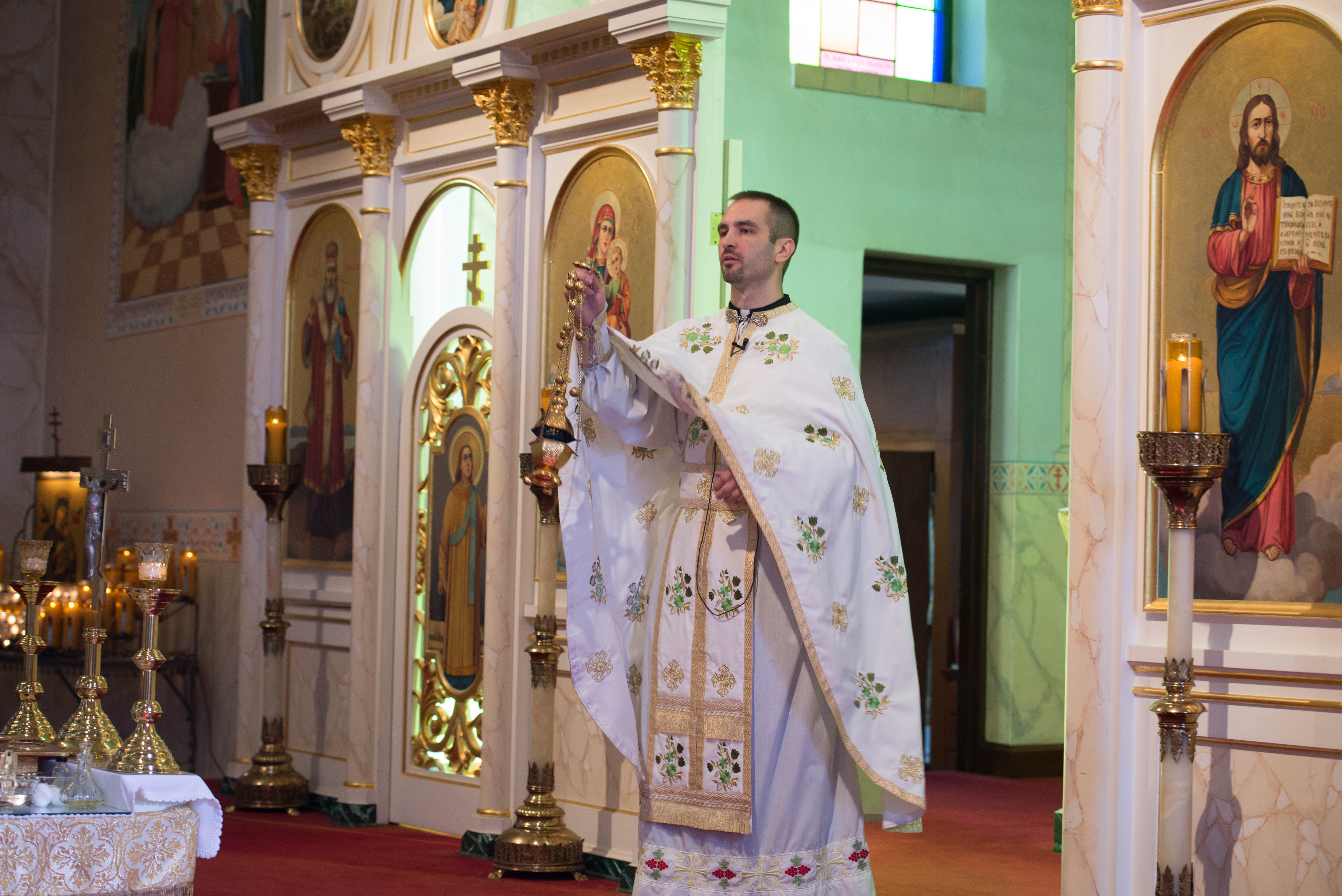 Rev. Fr. Dave Urban has served St. John's Parish since 2015. He was ordained as deacon in March of 2015 and as priest in May 2015 by His Grace, Bishop Gregory of the American Carpatho-Russian Orthodox Diocese of the U.S.A.

In addition to serving as Pastor of St. John's  Fr. Dave serves as Treasurer for the Pittsburgh Clergy Brotherhood.

Fr. Dave and Pańi Alexandra are the parents of twin daughters, Maria and Sophia.

Saints Feasts and Readings For

Listen To The Lives Of The Saints Commemorated Today

Visit the Prayer Corner for more daily readings, hymns, a monthly calendar of saints and feasts, and more.